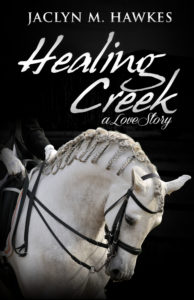 Were they opposites? Or soul mates?
Finding she had a perpetually unfaithful husband had been hard to cope with as a newly wed and newly certified marriage counselor. Still, that wasn’t as hard as finding her husband had a newborn daughter with a teenager—effectively ending both her marriage, and the career Monet McLaughlin had spent seven years building. That’ll leave a mark.
It’s why she absolutely knows not to trust the hunky male model who shows up two years later at her therapy horse stable to do a photo shoot for romance novel covers. Certainly no one who looks like that, and makes a living being that intimate with that many women, has a shred of moral integrity—do they?

They both know they are far too opposite for even a casual relationship, so then what the heck is going on here?